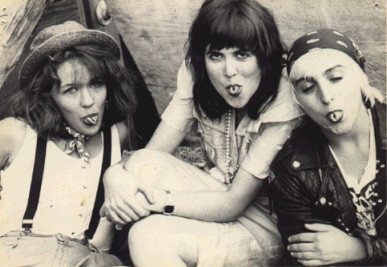 Who were the Barbie Army? Barbie Army was a late-80s all-female punk band in Chicago. Their performances were a cross between a pyjama party and a case of raging menstrual cramps. Primitive enthusiasm drenched their sound of fuzz-guitars, bass and drums– at a time when synthesizers dominated the airwaves. They sang three-minute power-chord songs of heartache, alcohol and other concerns of the modern woman. In late 1980s, they played Chicago, Wisconsin and Indiana and also two short tours of the South. They set Barbie dolls’ heads aflame and enjoined lawmakers to abolish the Tampon Tax. They were featured in Maximum Rock-n-Roll magazine at a time when few women were playing electric punk rock. When Courtney Love and the Veruca Salt girls still wore training bras, the Barbies were pathbreakers in Chicago. (from the official website)